Watch us live now on twitch.tv

Imagined as the love-child of Warhammer and Exploding Kittens, Reign Absolute is about bringing the fun and excitement of competitive fantasy-themed conquest to an audience that would otherwise be put off by a grueling set of rules and complicated setup requirements. 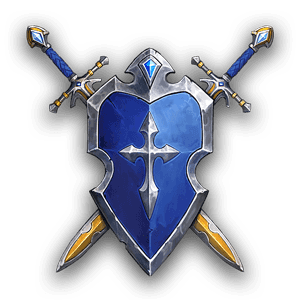 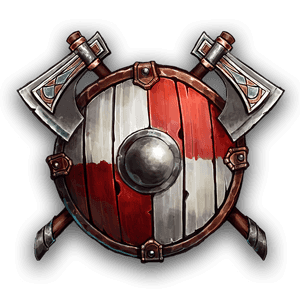 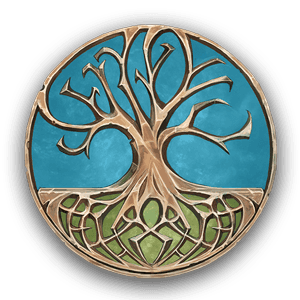 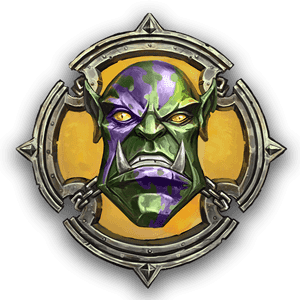 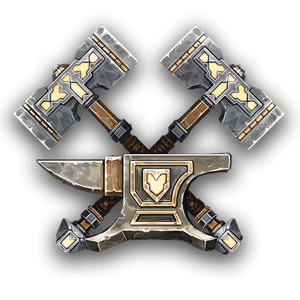 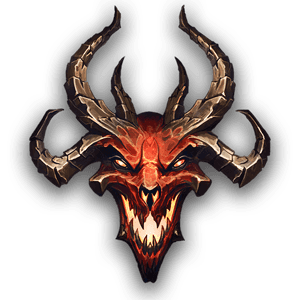 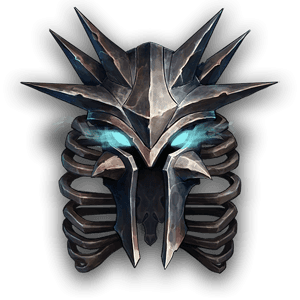 The protean gods have declared that only one race shall remain. Each race has heard the declaration of their deities, “Wipe all others from the face of the earth! Only you are worthy of our grace”… In truth, these bitter gods are merely masked aspects of the single cabal of gods that rule supreme over the land.

Play as one of these unique races and battle for survival; take risks, bluff and outwit your opponents and prove that you are the dominant force in all land: earn your right to Reign Absolute.

A typical two player game is about 15 minutes, including setup. The game is designed for 2-4+ players; the only real limit is the number of unique races available. However, in keeping with the “rapid strategy” spirit of the game, it is best enjoyed with the recommended number of players (2-4). The game mechanics are suitable for ages 12 and up; it should be noted that some of the artwork subject matter and themes are more suitable for ages 15 and up.

The game is currently in the last stages of development. The team is showcasing the game at various game-orientated conventions and expos; make sure you check out our Facebook and Instagram pages for further details regarding convention/expo appearances.

Interested in what you’ve seen so far? Subscribe to keep up to date with all the latest Reign Absolute news and release info!

Reign Absolute features a diverse range of races, each with a different play style and unique abilities. Each race is composed of a unique deck of unit cards along with race rules and race gameplay tips. Please note that the base set will only include a subset of the entire range of races; additional races will be made available through expansion packs.

The feudal Empire focuses its strength on a defensive formation around their liege , the King. The Empire King receives a significant defense bonus for each adjacent friendly unit. The Empire represents the baseline race for the game, making them the recommended race for beginner players.

Strategy: Position units to take advantage of the King's defense bonus against aggressive races, or use naturally high strength units such as the Knight to become the aggressor against slower races such as the Elves.

The Raiders are a barbarous race with strong attack units. The Raider Liege has a very high strength value, making it a good attacking unit. The relative simplicity of the Raider's strategy makes the Raiders a good race for less experienced players, particularly those with an aggressive aptitude.

This fragile race is reliant on the boons of their ancient woodland home to conquer the other races. Overall, Elf units are weaker than most races in regard to individual unit strength . However, while in play their immobile Elder Tree grants the Elf player an additional Reinforcement Card draw in the Reinforcement Phase; if uncontested for long enough, the Elves become incredibly powerful.

Strategy: Defense of the Elder Tree is paramount. Given enough time, the ability of Elves to out-strip the Combat Reinforcement accumulation of other races more than makes up for the race's lower strength. Bluffing and exploiting opponent's reluctance to attack 'trap' units like the Scout and Dryad are solid tactics for buying time until the Elf units are sufficiently strong to attack other races.

A brutally tough race of green-skins. Overall, Orc units are stronger than most in regard to individual unit strength . The Orc race has a unique Liege setup with all units being promotable through the use of the 'Warlord' card. Being the Warlord grants a unit an Attack bonus, but also comes with a large Defence penalty. Once the Warlord unit is defeated, the Warlord card is immediately transferred to another Orc unit of the Orc player's choice.

Liege (): Warlord* (The Warlord title is not an individual unit, but a card that is placed on Orc units.)

Strategy: The Orc race's unique Liege setup means they have to be wiped out entirely before being eradicated from the game, allowing for a high risk play style.

The Ratlings strength lies in numbers. In addition to the standard unit compliment, Ratlings have an additional "Breed Deck" that is used throughout the game. Ratlings have a unique Action called Breed that allows the placement of a unit from the "Breed Deck" either on top or adjacent to one of their units. They also have the unique ability to combine units together through their Swarm Action, which allows Ratling units to combine into a single Swarm. Once combined, units within a Swarm cannot be separated and are treated as a single unit. Due to their complexity, we don't recommended playing Ratlings if there are inexperienced players in the game.

Strategy: The sheer number of Ratling units make them largely immune to Doom ; however, individual Ratling units are easily defeatable in standard combat. On the other hand, large Ratling swarms can become near unstoppable killing machines.

A highly defense orientated race, the Dwarfs become powerful by crafting potent relics that allow them to take the fight to the other races. The Dwarfs have an unique Action called Forge which allows them to select a relic of their choice from the Dwarf Relic Supply. This ability can be further enhanced by choosing to reveal the location of the Relic Master; this is a high risk / high reward decision as this low strength unit grants the enemy a massive boon if defeated in combat.

Strategy: Their naturally high defense provides the Dwarfs with the opportunity to strengthen their forces to the point were they can attack the higher strength units from other races.

The Demon units are marked by their high strength and sacrificial play style. The Demon Liege has the ability to summon (sacrifice) one of their other units during combat; the summoned unit's strength and Combat Reinforcements are added to the Demon Lord's own for that specific combat, transforming him into a potentially unstoppable threat. After the combat is resolved the summoned unit is discarded, regardless of the result.

The Undead are one of the most complex races in the game, both in their setup and gameplay. All Undead unit cards are played face-up (though each unit's Combat Reinforcements remain facedown, similar to the other races). The Undead setup consists almost entirely of Graveyards. Graveyards are immobile and have a strength of zero. However, by using the Undead's unique Action Raise, the Undead player can convert Graveyards into Skeletons, a unit of moderate strength that can quickly be enhanced to become a viable threat. Also unique to the Undead is the Dread Deck: a set of additional Graveyards that are placed after the Undead player's Reinforcement Phase. The Undead Liege , the Wraith Lord, has the unique ability of being able to respawn after being defeated in combat by discarding a Graveyard and moving the Wraith Lord to that location. Due to their complexity, we don't recommend playing Undead if there are inexperienced players in the game.

Strategy: As the Undead Liege has high strength and can be respawned at any graveyard, it is a fantastic attack unit- as long as there are Graveyards to respawn at!

Reign Absolute is a grid based conquest game where each player has an unique set of race units; the objective is to locate and defeat the opponent's Liege unit, at which point that player is eradicated from the game. Reinforcement Cards provide various tactical benefits and supplement individual unit's combat strength . Aside from the random draw of units during setup and the drawing of the Reinforcement Cards , the game does not involve any additional random factors; there are no dice rolls.

The rules have been moved over to the Wiki site.

Subscribing will also keep you up to date with our exclusive pre-release offers and competitions! Subscribing is free and does not obligate you to purchase Reign Absolute upon release. We will not share your details with any third parties and you can unsubscribe at any time.